Thanks to the team for their efforts during the English Heritage voluntary day at Pevensey Castle yesterday. We look forward to returning shortly for the next phase of works #conservation #restoration #torrential…

Spencer Hall ACR IHBC on Instagram: “Thanks to the team for their efforts during the English Heritage voluntary day at Pevensey Castle yesterday. We look forward to returning…”

10 Likes, 0 Comments - Spencer Hall ACR IHBC (@payeconservation) on Instagram: “Thanks to the team for their efforts during the English Heritage...

Scaffolding is shooting up at our project at Holborn Bars. Am looking forward to undertake the inspection of the terracotta detailing at close quarter #conservation #restoration #london #victorian #architecture #terracotta #holborn 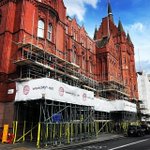 Scaffolding is shooting up at our project at Holborn Bars. Am looking forward to undertake the inspection of the terracotta detailing at close quarter #conservation #restoration #london #victorian #architecture #terracotta #holborn 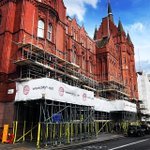 Reply on TwitterRetweet on TwitterLike on Twitter4Twitter
Load More...

PAYE Conservation can be involved in numerous projects at any one time. These can often vary in both scale and complexity. On this page you will find a selection of our current projects that reflect that variety… Click on a link below for the full detail of a case study, or simply read a precis of a select few on the right

Southsea Castle, Hampshire – Essential maintenance has been completed at Henry VIII’s coastal artillery fort on Portsea Island near Portsmouth. With brick and mortar works completed to the substantial wall defensives.

St Marys Church, Oxted & St Nicholas Church, Thorney Island – Hot lime renders have been specified at both of these churches and the work has been completed successfully. To read more detail on these projects, please follow this link.

Leeds Castle is a Grade I listed castle on a 500 acre estate to the east of the village of Leeds in Kent. It was built on a pair of small islands in a lake (which form a natural moat around it) and is fed by the River Len. It is formed of four separate, principal buildings: the main Castle, the Gloriette (or Keep), the Maiden’s Tower, and the Gatehouse.

A Saxon royal manor was established on the site as early as 857 AD. From 1278 the castle belonged to the crown and in its time, has been home to six of England’s medieval queens including use as a palace by Henry VIII and his first wife Catherine of Aragon. It remained in private ownership until 1974 and has since been open to the public, being managed by The Leeds Castle Foundation and is considered one of the most visited historic buildings in Britain.

The main buildings are all constructed from Kentish Ragstone which although a robust, hard weathering limestone, has in places deteriorated to a point of replacement. PAYE’s works in this phase are centred on the South-central elevation of main Castle. Project works are focused on the replacement of non-functioning weatherings, the light de-frassing of exfoliating stone & stone consolidation with mortars and sheltercoats.

The contract is set to run over approximately 6 months, with completion set for March 2019.

The village of Byfleet is located on the banks of the river Wey in Surrey. The Grade II Listed Manor House as it stands today was built around 1686 but incorporates a number of details from the earlier house, including the stone pilasters which adorn the main façade. The gate piers are flanked by 10ft high brick walls which form the courtyard. The picturesque manor house has found recent celluloid fame, being the on-screen home of Lady Violet Crawley (The Dowager Countess) from Downton Abbey.

The sizeable gate piers, which stand over 5m tall are typically Jacobean, although are recorded in the listing as being 18th Century in the Mannerist style. They have been repaired poorly with an inappropriate cementicious mortar. This hard repair material has sadly led to an exacerbated breakdown of material and now sees these features in a rather poor condition. An image was found dating from 1937 which clearly shows the stonework in good functional order with minimal indents, suggesting rapid progression in the development of decay since.

The iron gate pintols which are set deep within the stonework are the cause of some dramatic splitting within the stone piers due to expansion. The urn finials atop the piers are also in poor condition similarly being broken down as a result of internal dowels which are rusting. There is evidence of previous attempts to stabilise and cement repairs and whilst these may have prevented the full collapse of the urns, they have ultimately played a part in their downfall.

This sizable project, which PAYE Conservation were able to negotiate following initial surveying, will see us complete conservation and restoration works to gates, walled garden and house over an approximate 12-month period.

Richmond New Park Lodge was built in the Palladian style which draws on the classical architecture of Rome and Ancient Greece. It remained a Royal property for centuries, being home to many members of The Royal Family and several Prime Ministers until in 1925 it was passed to The Crown Estate to be leased. Since 1955, it has been occupied by The Sadler’s Wells Ballet Company, is home to it’s junior school and now gives the building the title of The Royal Ballet School.

Completed in 1730, it is constructed from Hildenley limestone, which was extracted from a series of small quarries in North Yorkshire. As is the case with so many buildings, The White Lodge (renamed 40 or so years after it was built, due to the striking colour of the limestone) has been repaired numerous times. Sadly, the fashion for using cement as a repair medium from the mid-19th Century onwards has led to much exacerbated damage, which as a result often needs removal and replacement. Hildenley limestone is no longer quarried and so a suitable matching limestone needed to be sourced.

The majority of works completed in this contract related to the removal and replacement of previous repairs and the making good of losses suffered. Mouldings which form weatherings are not best repaired in lime mortar and so where these are missing or have failed, a stone indent was completed matching the adjacent profiles

Some cautious stone conservation has been undertaken to the delicate floral patera which sit between each modillion under the cornice. This fragile stone was exhibiting hairline cracks and so was consolidated with a lime grout and then micro pinned using fine gauge stainless steel. As a secondary precaution localised invisible netting was also installed to minimise any safety risk.

We are now in negotiation for Phase II works, which are set to continue in 2019.

Projecting out in what was once a peninsula of the Sussex coast, Pevensey Castle is an impressive ruin which stands on high ground. This naturally defensible site was first fortified by the Romans and was most famously the place where the Norman Conquest of England began, when William the Conqueror landed there on 28th September 1066. Today, Pevensey stands as a Scheduled Ancient Monument and is managed by English Heritage.

Vegetation had taken a stronghold around the ruin and in places deep root systems penetrated the masonry threatening to cause irreversible damage. Our team needed to carefully remove this taking care not to destabilise the surrounding material. This project then required a tentative approach to repair using injection grouting, lime mortar consolidation and localised re-bedding and repointing of the stone. An area has been identified as a test bed for Hot Lime mortars too, although it is not clear how these will fair longer-term in this salt laden marine environment.

The project is set to run over 2 phases with works being completed up until the end of the lime season in 2018 and starting again in spring of 2019 – avoiding the colder temperatures. As the location is so exposed, it was considered just too risky trying to complete works over the winter months and better to allow works to be phased. Phase I concentrated on the Roman boundary walls and Phase II will then focus on the Medieval Bailey.

The London Temple of Mithras

Access to visit the Temple is free to all, but bookings must be completed in advance via www.londonmithraeum.com

See a range of our recent works, industry news and innovations...